WEEK BY WEEK GROWTH AND DEVELOPMENT (0 TO 12 MONTHS)

Parental nurturing in early childhood can affect a child’s growth and development for the rest of his life. The period from birth to 12 months is the most important time in a baby milestones growth and development. . Parents need accurate information to nurture well during this time more than any other. They need to check if the child is developing normally and know if there are any problems. 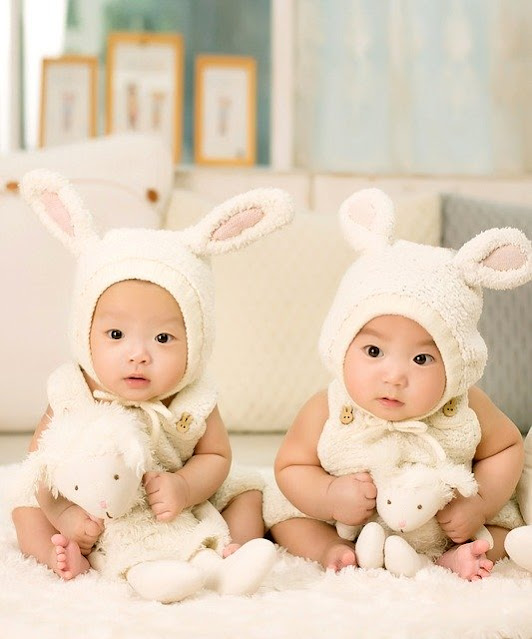 Right after birth, babies start to react to the stimulation of their surroundings. They react to moving things or sound, but cannot distinguish between them. They start to make simple sounds and express themselves through crying. The cries are slightly different depending on their request usually only the person who cares for the baby can distinguish it. Pain sensors start developing and the baby reacts to differences in temperature, expressing himself through crying. After 4 weeks, most babies demonstrate the grasping reflex. This is the phenomenon where a baby grasps strongly when you put your finger to her palm. If the baby does not grab on or their strengths weak, you should visit the doctor.

After a month, most babies can lift their head for a short time. But they cannot control their neck very well. Now they react to moving objects and follow them with their eye. They can also look where they want to see. Their reaction to stimulation becomes stronger. They can hear and distinguish their mother’s voice, and at times they smile as they stare at their mother. During this period, it is bestow stimulate their sense of touch by doing things such as a massage after their bath. Or stimulate their sense of hearing with various sounds so the baby gets used to their environment. During this period, the baby may start to sweat. This is because the baby’s metabolism is very active, and not because there is something wrong. 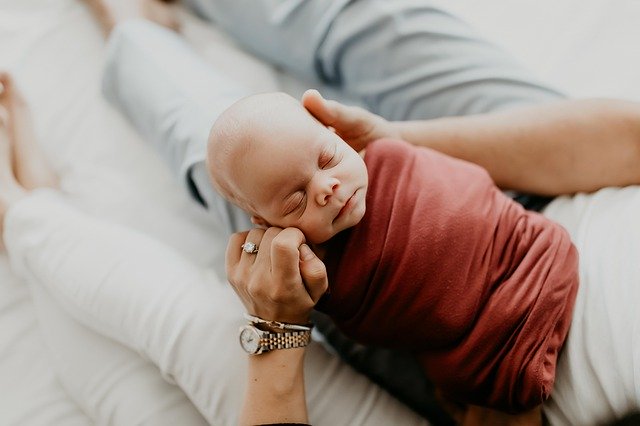 The baby’s growth begins to accelerate, and they begin to gain approximately 30grams per day. It is very important to check if the rate of weight gain is normal rather than the actual weight. Their capacity for exercise develops, and their hand and foot movements become active. They also start to raise their head up. They begin to clench and unclench their fist son their own and may begin to babble. They start to control their neck and can turn their head and look at their mother when hearing her voice. They react to various stimuli and may start to suck on their fingers or be surprised by small sounds. During this stage, educating their sleeping cycles is necessary to decrease breast-feeding during the middle of the night. Instead of having the baby fall asleep as they are nursing, it is better to train them to sleep alone.

Now babies can control their neck, so they can hold up their head as they are lying face down. They also begin to turn over by moving their body a little at a time. They react to moving objects. They can follow a toy with their eyes and even try to reach out to grab it. They also turn their head towards the direction of a sound. If they do not turn towards sounds, you may need to check if their physical capacity is falling behind or if there is a problem with their sense of hearing. Starting in the 4th month, babies will start to express their emotions, and distinguish strangers. They do not like to be left alone in unfamiliar surroundings, and they may cry when they are left in a scary environment. Also, they make their parents happy by laughing out loud. If the baby cannot control his neck by the 5th month, it is best to visit the hospital.

Babies start crawling more and more. Therefore, for their physical capacity to develop, it is best for them to have space to move around. When they reach 8 months, most babies can sit up by themselves and turn around. They may also move an object from one hand to the other. Their babbling increases and they start to learn how to speak. They begin to follow a person’s voice and understand the meaning. Teeth start poking through during this period and due to sore gums, they may start chewing on objects in their hand, or drooling a lot. Once their teeth appear, it’s time to start brushing them to take care of them. This is the period where their sleep education should be finishing up. Depending on the parents’ effort, middle of the night nursing may have stopped completely, but it is best not to push it too hard robe anxious about it. In this stage, the baby becomes more actives a walker may be used. But this can actually delay the walking period, so it is best not to use it if possible.

The biggest change for the 9-11 month old baby is that they can stand up and move. They can sit alone, crawl around, or standup by holding onto an object. They can pick up small objects using their thumb and index finger, and can eat a cookie or drink from a milk bottle on their own. This is a period where accidents are more likely to occur, as they will grab anything they see and put it in their mouth. Greater vigilance is needed beginning at this age.

When a baby reaches 12 months, they can stand on their own and begin taking steps. They can walk as they hold someone’s hand. Linguistic ability develops and, if advanced, they can say about 3 words. This is a very important period in linguistic development. It is important to be intentional about having conversations with the baby. Their memory also develops. They become happy when they see someone they know, and they are interested in others their age. From this point onward, they can eat food that adults eat, not just baby food. It is time to teach them to use utensils on their own, as well as to eat foods they may not like. Do not force it, but take slow steps. If the baby wants it, it is okay to feed them breast milk if you choose to do so.