Play is the Highest Form of Research

HomeEducatorActivitiesPlay is the Highest Form of Research

“Play is the highest form of research” – A. Einstein. 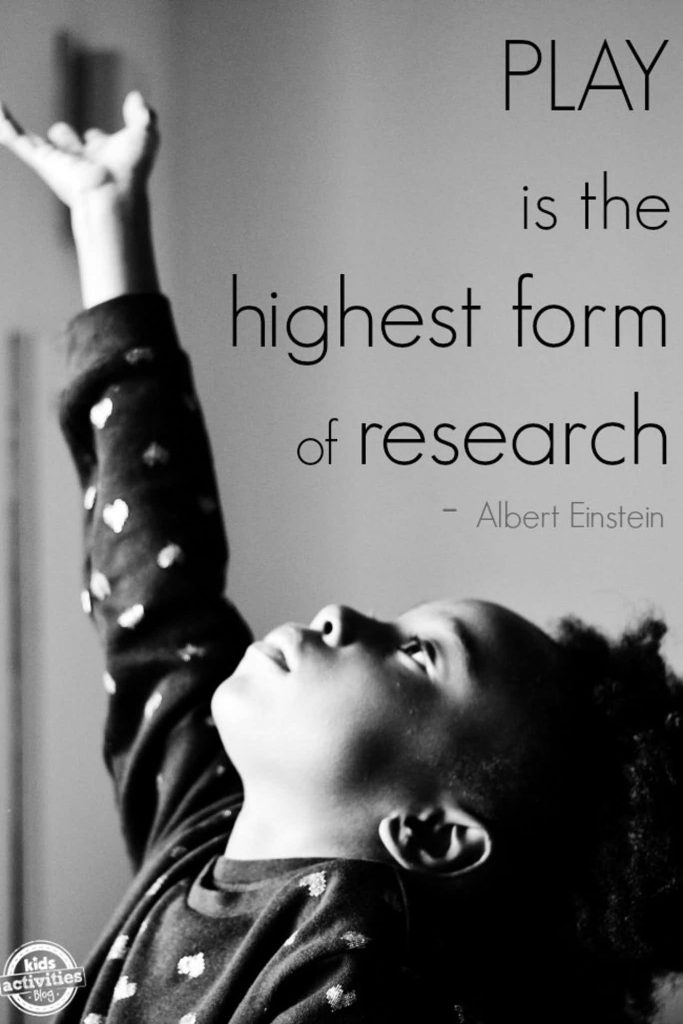 Here is why it’s so important…

At our six-year-old’s soccer practice this past weekend, I looked over to find our eight-year-old making a considerable dirt hill at the bottom of a sliding board, so he can drive his cars up the slide and watch them roll down into his pile.

I see him filling his hands with dirt and moving it over to his hill. I see the dirt falling on his pants and his shoes on the way to the slide. I see his sleeves brush the dirt. I watch as he climbs the ladder, only to slide down the slide and fall into that pile of dirt.

Instead of telling him to stop and watch his brother, we both just laugh because we know that playing is learning and he is the best learner of them all. We watch him, and we understand he isn’t just playing – he is doing so much more than that. He is playing.

As Albert Einstein once said: “Play is the highest form of research.” 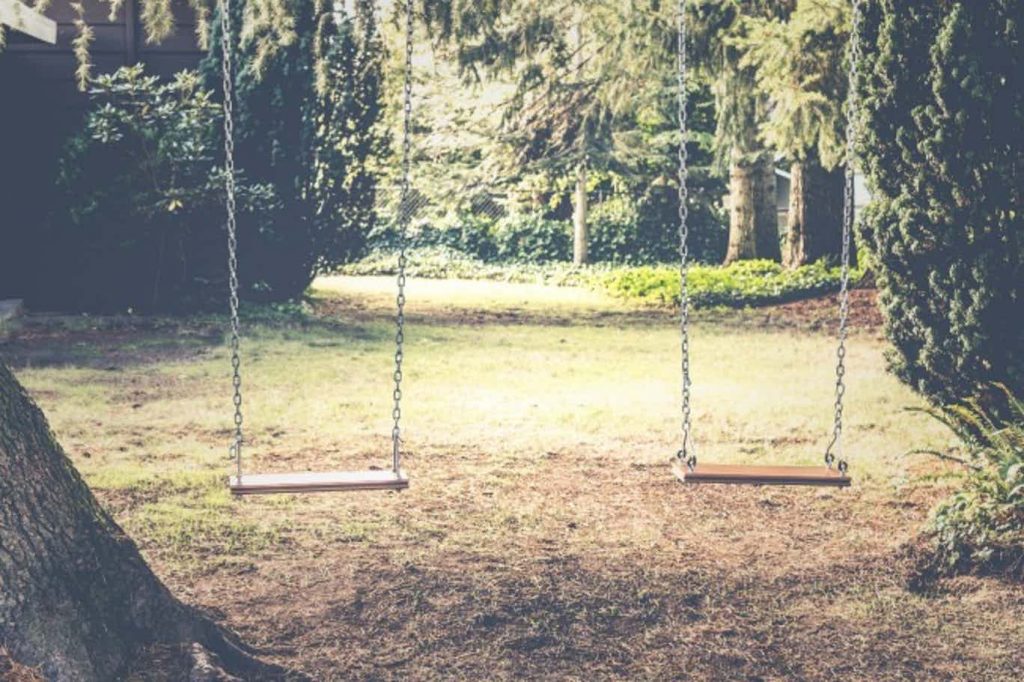 In our child’s eyes, the playground is more than just metal and plastic pieces. It is where they can turn on their imagination and be whatever they want to be. A knight guarding the castle, or an astronaut building a new space center. The ideas are endless.

We don’t do anything. Instead, we watch him play and relish in the fact that he is learning while he makes a cool masterpiece over there. Clothes can be washed; hands can be cleaned, shoes can be scrubbed. We remember that we are raising kids that know how to play and create, not kids that are afraid to get their hands dirty.

We decided a long time ago, when our first son was young, that we weren’t going to let exhaustion or convenience get the best of us. Yes, it is easier to tell him not to get messy than to have to soak those clothes for the night. Yes, it is more convenient to bring an iPad and have him sit beside us for the hour, quietly. We didn’t want that for our kids. We knew that the long-term benefits of real PLAY were so much better and so important. We wanted to let him play (and even play with him!)

“When a human sits for longer than about 20 minutes, the physiology of the brain and body changes. Gravity begins to pool blood into the hamstrings, robbing the brain of needed oxygen and glucose, or brain fuel. The brain essentially just falls asleep when we sit for too long. Moving and being active stimulates the neurons that fire in the brain. When you are sitting, those neurons don’t fire***.* “~ edweek.org 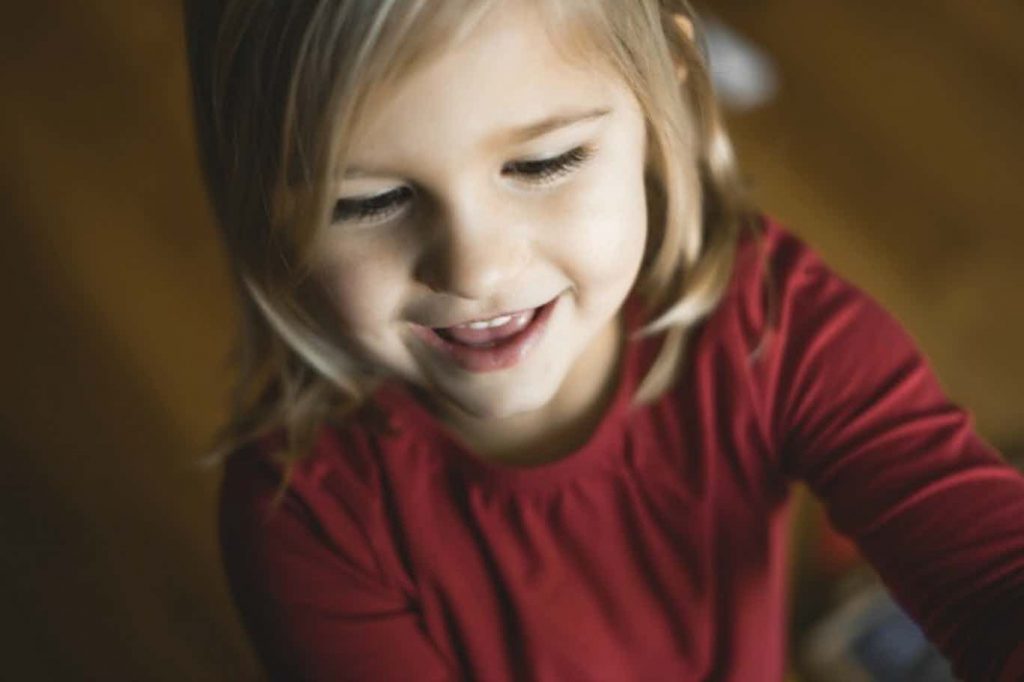 Often, as parents, we can be extreme. We can either overly plan every second of our child’s day and fill it with so much that they do not learn how to play independently or we do not carve out anytime at all. I suggest the best of both worlds: a happy medium. Let your kids play! Remember what it is like to be a child… with a playground full of wonder.

Looking back on our childhoods, we appreciate the effect playground experiences had on who we ultimately became. These crucial, formative experiences shape children into thinkers, dreamers, and leaders.

You may not fully see the benefits as your child swings for 20 minutes or slides down the same slide fifteen times in a row, but it is there:

Character. Did you know that play raises self-worth? When he does it over and over, he is learning to be confident that he will figure this out. He will learn what works and what doesn’t. Putting his feet up makes him go faster. Lying on his stomach slows him down. He will figure it out on his own.

Patience. I can tell you that we don’t get it. If you told me to play on the same playground structure for 30 minutes, I’d tell you to find another adult to do it. Now if you asked Beau, our eight-year-old, he would be happy to do it. He would turn that 30 minutes into 45 because playing teaches him patience. It takes time to get that slide just right. It takes time to figure out how he could build a giant dirt fort at the bottom of that slide, that would “transport him to the future.”

Motor Skills. His fine motor skills were indeed in play as he built that hill at the bottom of that playground structure. He used his coordination to climb the monkey bars four times in a row; he used his spacial awareness to climb the steps, it took hand-eye to climb the ladder.

Happiness. He is getting creative, learning what he likes to do. The smile on his face was the proof.

For a better tomorrow, we play today.