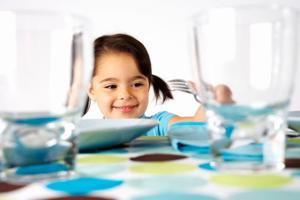 If asked to list important skills to teach their children, most parents might propose social skills, problem-solving, or creativity as necessary to their children’s future success. While developing these abilities is recommended, there is one skill that often fails to come up on lists of things to teach children. This skill turns out to be more important to future success than social skills, problem-solving, and creativity combined. If you haven’t guessed yet, the skill that I am referring to is self-control.

Teachers can always spot the students who have mastered the art of self-control. They’re the ones who rarely misbehave; who consistently perform well academically; who come to school with their hair brushed and their shirts tucked in. Teachers also know which students could benefit from a lesson in self-control. More often than not, those students are no strangers to the principal’s office.

If that last description sounds familiar to you, then you might be thinking to yourself, “Those kids will grow out of it. Doesn’t self-control increase with age?” The answer to that question is not without training. In fact, a child’s self-control at two years old can determine the course of the rest of that child’s life. Self-control measured in childhood is one of the greatest predictors of children’s future outcomes, matched only by intelligence. Generally speaking, the more self-control that a child has, the more likely that child is to experience a host of positive outcomes by the time they reach adulthood. High levels of self-control in childhood have been associated with greater physical and dental health, obtaining a higher college GPA, earning a higher salary, having a lower BMI, and being less likely to abuse alcohol or drugs. On the other hand, low levels of self-control in childhood have been related to higher divorce and crime rates, higher rates of committing domestic violence, and an increased likelihood of ending up in prison.

The sooner that you begin training your child to exercise self-control, the more self-control that your child will have to tackle challenges across his or her lifespan. Testing your child’s self-control before he or she turns five years old is a good place to start. My mother tried what I like to call “The Smarties Test” on me when I was a child. It’s a version of the popular marshmallow experiment used by researchers to measure children’s self-control. Here’s how it works:

The good news is that self-control can be improved with training. There are many ways to train self-control; the goal is to have your child practice something that requires effort. The exercises that I’m about to describe are just a few of the ways to practice self-control. Don’t be afraid to experiment with other exercises that may fit in more easily with your lifestyle.

·    The next time that your child is eating a snack while watching television, have him or her practice not eating during commercials. Restraining yourself from satisfying a craving during designated commercial breaks is a great way to exercise self-control for short periods of time.

·    Ask your child to refrain from using swear words for an hour each day. Making your child conscious of automatic behaviour forces him or her to use self-control to accomplish a previously effortless task.

·    Have your child practice proper posture for five-minute intervals, or have your child use his or her non-dominant hand to complete a task. The effort required to override basic habits helps to build up self-control reserves over time.

Each of these exercises can be used by both children and parents alike. Adults, like children, are faced with challenges to their self-control every day. We can all benefit from a self-control refresher course once in a while.

Bianca Lallitto has a Master’s degree in Psychology with a certificate in Industrial/Organizational Psychology. She has a penchant for behavioural analysis, and enjoys exploring the possible causes of people’s actions. Her analyses frequently extend to the world of fiction; her thoughts on the behaviour of fictional characters can be found on her blog, Fiction Digest.