Fun Game Your Kids Can Use to Practice Division!

HomeEducatorActivitiesFun Game Your Kids Can Use to Practice Division!

We have a super fun division math game for kids!

I have really cherished memories of my dad helping me with math skills when I was a kid. He made learning into a game. It can be done, I promise!

The mere mention of long division may make your kid cringe. But it’s an important fourth grade math skill and your kid *can* do it. Here’s a creative way to help them out with division, or make them faster at it. 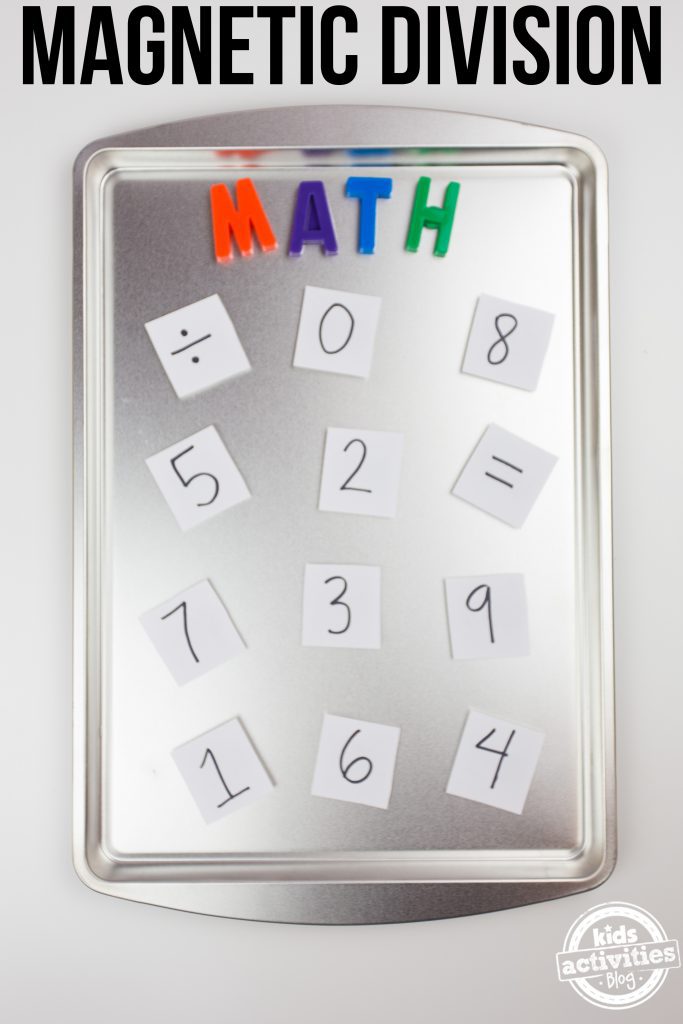 The key to conquering long division is lots of repetition and practice, but that doesn’t have to mean all worksheets and scratch paper. Make this hands-on game, and explore the fun side of division.

How to Play the Division Game

Have your child grab the pencil and a sheet of lined paper and review his multiplication facts by completing the following problems:

When he’s done, check his answers. If he’s a little shaky on certain multiplication facts, it doesn’t hurt to try a few more problems.

When he’s ready, create the number tiles by writing the following numbers and symbols on the index cards.

Cut out the tiles and attach the magnetic roll to the back of them.

Use the baking sheet and magnetic numbers to complete the following division problems: 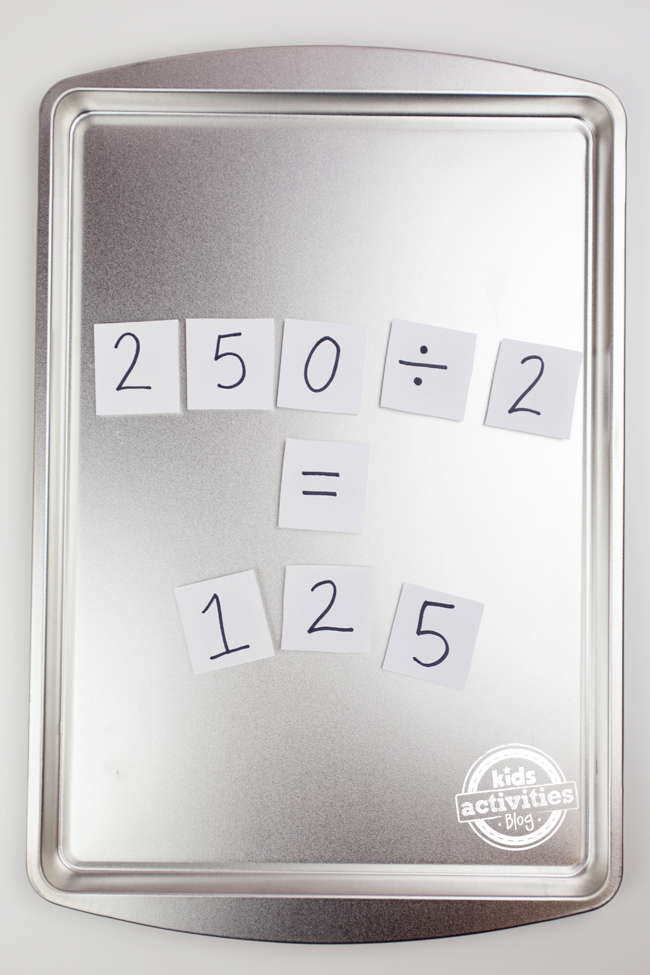 Remind him to use the decimal point when needed. When he’s done, help him check his answers. As he gets more confident, encourage him to try problems with larger numbers. 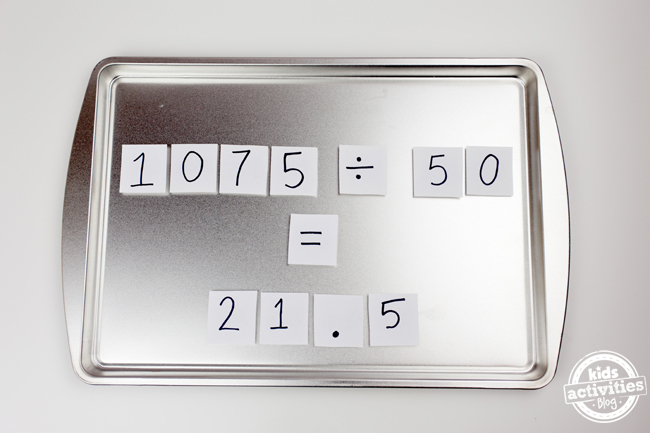 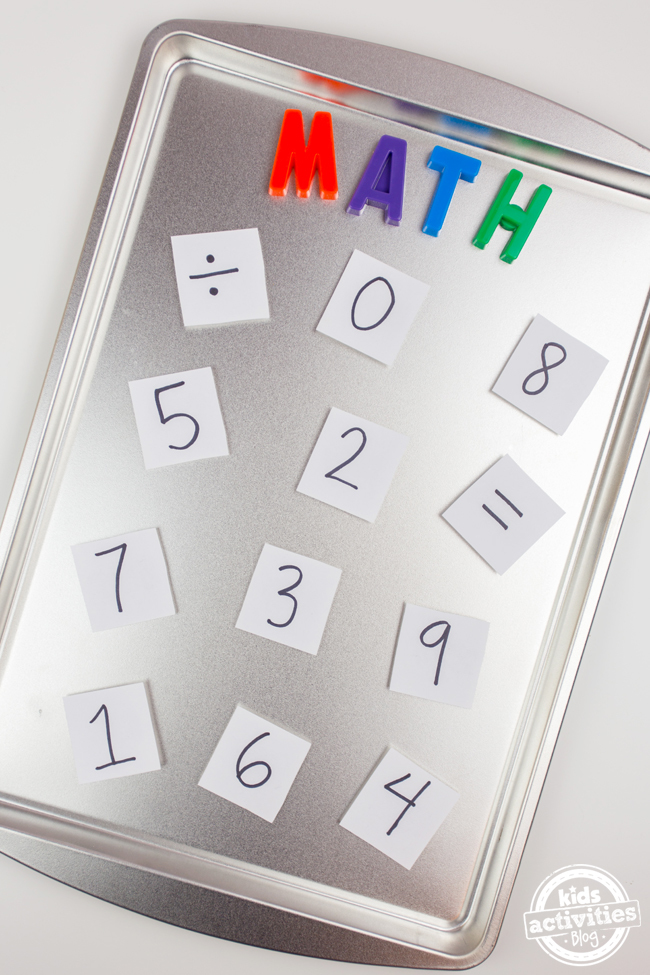 Need to practice addition, subtraction, or multiplication instead? No problem: just make plus sign, minus sign, and multiplication signs, too. And don’t miss even more math games for kids. 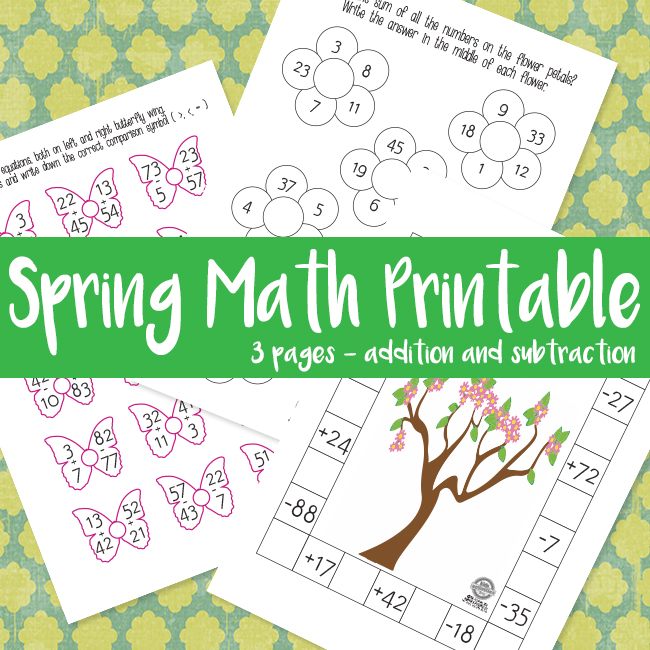 These spring math printables encourage your children to practice addition and subtraction while getting them excited for the upcoming spring season! Does your child love dinosaurs? Then they’ll have a blast with this printable dinosaur themed math puzzle hunt game. Or for something more sweet, print out these Valentine’s day math worksheets!

Leave a comment. Did you kids like this game? Do you use other math games that have been helpful?