Most of the people believe that hormonal birth control serves only one purpose, which is to prevent pregnancy. But While it is very effective one, compared to other forms of birth control, the effects of that are not just limited to pregnancy prevention. In fact, hormonal birth control can even be used to helps to treat other health concerns like menstrual relief, skin changes, and many more. 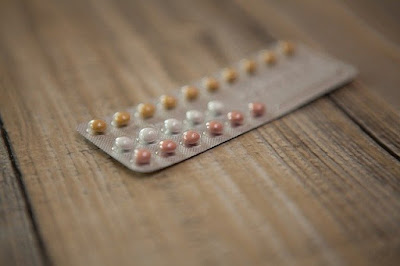 But however, hormonal birth control also have side effects. As with all drugs, there are beneficial effects and potential risks too that affect everyone differently.

The key difference between all the brands are the amounts of estrogen and progestin in them — because of that some women switch brands if they think they’re getting too little hormones or too much hormones, based on the symptoms experienced by them. The pills are must be taken every day to prevent pregnancy.

The patch also contains certain amount of estrogen and progestin, but the difference is, it is placed on the skin. Patches must be changed once a week for full visible effect.

The ring also releases estrogen and progestin into the body, similar to the patch and pill. The ring is worn inside the vagina so that the vaginal lining can absorb all the hormones inside the ring. The rings must be replaced once a month.

Pills, patch, rings contains both estrogen and progesterone, but the shot contains only progestin, and is administered every 12 weeks at your doctor’s office. According to Options for pregnancy, the effects of the birth control shot can last up to a year after you stop taking it.

The implant also contains only progestin that releases through the thin rod into your arm.  The implant placed under the skin on the inside of your upper arm by your doctor. It lasts for up to three years.

Each type of hormonal birth control has similar benefits and risks,

Although how the body responds is depends up to each individual. If you are interested in the birth control, immediately talk to your doctor about which type is most effective for you. The effectiveness is based on how you consistent to use your birth control.

if some people find it difficult to remember to take a birth control pill every day so an implant or IUD would be a better option for them. There are also have non hormonal birth control choices, which may have different side effects.

will increase your risk for pregnancy.

However,  you should know that no form of hormonal birth control protects against sexually transmitted diseases (STDs).

Effects and  side effects of birth control over Reproductive system

Female Ovaries naturally produce the two female hormones estrogen and progestin. Either of these two hormones can be synthetically made and used in contraceptives.

If female produced higher than normal levels of estrogen and progestin stop the ovary from releasing an egg. So without an egg, sperm have nothing to fertilize. The progestin hormone also changes the cervical mucus too, making it thick and sticky also, Cause it harder for sperm to find its way into the female uterus.

When someone using certain hormonal contraceptives like the IUD, she might experience lighter and shorter periods and an easing of menstrual cramps and also facing premenstrual symptoms.

When someone stop taking hormone-based birth control, their menstrual period will likely go back to normal within a few months. It said that some of the cancer prevention benefits accrued from years of medication use may persist for several more years.

Reproductive side effects of birth control pills when your body is adjusting to oral, inserted, and patch contraceptives include:

some bleeding or spotting between periods

change in your sex drive

Serious but may uncommon side effects include heavy bleeding or bleeding that goes on for more than a week or two.

The Mayo Clinic says that, a healthy woman who doesn’t smoke or drink is unlikely to experience serious side effects of birth control pills. But  for some women, birth control pills and patches can increase their blood pressure. Those extra female hormones can also put you at risk for blood clots too.

These risks may even higher if you:

have a predetermined heart disease

smoke or are over age 35

Being A overweight women is also considered a risk factor for high blood pressure, heart disease, and diabetes.

These side effects of birth control are uncommon in most women but when they do occur, they’re potentially very serious. That’s because hormonal birth control methods require a prescription and need routine monitoring. You should seek immediate medical attention if you feel chest pain, cough up blood, or feeling faint. If you have severe headache, difficulty speaking, or weakness and numbness in a limb, it could be signs of stroke also.

Female hormone Estrogen may aggravate migraines, if you already experience migraines. Some of the women also experience mood changes and depression when taking birth control.

Since the body works to maintain a hormone balance, it’s possible that the introduction of more hormones creates a disruption of your body, causing changes in mood.

But there are also some studies on the mental health effects of birth control on female and their well-being. In the year of 2017, A study look at a small sample of 340 healthy female and find that oral contraceptives significantly reduced their overall well-being.

Effects and side effects of birth control over Digestive system

Some of the women experience changes to their appetite and weight while taking hormonal contraception. However, there are few studies or evidence also, which showing that birth control causes weight gain not weight loss, One review of 22 studies looked at female hormone progestin only, contraceptives and found little evidence too. If there was weight gain, it mean weight increase was less than 4.4 pounds over a 6 or 12 month of period.

It says that hormones do help regulate your eating habits, so a change in eating pattern may affect your weight.

Other side effects of birth control include nausea and bloating,

but these side effects of birth control tend to ease up after a couple of weeks as your body gets used to the extra hormones.

You should immediately see your doctor if you have severe pain, vomiting, or yellowing of the skin and eyes (jaundice). Dark urine or light-colored stool can also be a sign of serious side effects of birth control

Effects and side effects of birth control over  Integumentary system

For many of the women, this method of birth control can improve acne. A study looked at the effect of birth control and facial acne. The study found that some of the oral contraceptives were effective in reducing acne.

On the other hand, some others women may experience breakouts of acne or notice no change at all. While taking birth control.

In some of the cases, birth control may cause light brown spots on the skin. Because of every woman’s body and hormone levels are different, it’s difficult to predict which side effects will occur as a result of birth control.

Some of the times, hormones in birth control cause unusual and unwanted hair growth. The oral contraceptives are also the main treatment for hirsutism, it is a condition in which causes, dark hair to grow on the body  include face, back, and abdomen.

You should immediately talk to your doctor if you feel that your current birth control isn’t right for you. Being open and honest into your side effects and how they make you feel. It is the first step to getting the right dosage and type of North control you need.

What are the side effects of birth control pills

The birth control pills can cause side effects like

Some of the more side effects, like nausea, headaches, breast tenderness and breakthrough bleeding, might decrease with continued use of birth control pill

The birth control pills may increase the risk of certain conditions, which can be serious too, It include:

Heart attacks and stroke, especially if you smoke or drink,

Blood clots in the legs

What are the birth control shot side effects

One should have to go to a doctor’s office or health center every 3 months for injections. The birth control shot only works if you get it on time, so it’s so important to stay on schedule time.

There can be negative side effects also while you use the shot.

Most of women on the shot have some change in their periods, including bleeding more days than usual, spotting between periods, or no periods also. This is the most common side effects during the first year. Other possible side effects of birth control shots are nausea, weight gain, headaches, sore breasts, or depression. You may also get a small, permanent dent.

The birth control implant side effects

Less than 1 out of 100 women who use the birth control implant for one year will get pregnant.
There’s a higher chance of ectopic pregnancy, if you do conceive while using a contraceptive implant,

Because of a birth control implant prevents most pregnancies, women who use it are at lower risk of having an ectopic pregnancy.

Changes in women vaginal bleeding patterns, like absence of menstruation

Abdominal pain or back pain

Potential interaction with other medications