can I give my baby baking powder and baking soda

Who can resist a soft, fluffy cupcake, that absolutely melts in your mouth as soon as you take a bite? Just thinking of that has probably got you salivating hasn’t it? That’s probably why baking is seen as cathartic, and why the whole world got into a baking frenzy as soon as the lockdown began.

But are those baked goods actually good for you? We’re talking specifically about the ingredients that give them that fluffiness – baking powder and baking soda. Nearly every recipe you come across will have either of these or both of them. But are they healthy for your baby? Let’s find out!

What is baking powder? 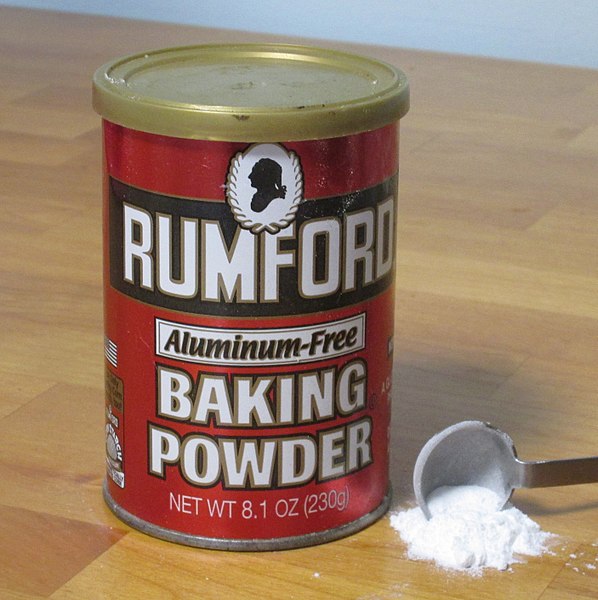 Baking powder is a leavening agent that is added to batter to help it rise. It is what gives baked goods volume and lightness. Baking powder contains sodium bicarbonate and cream of tartar, as well as cornstarch.

When baking powder is combined with water, the acid (cream of tartar) reacts with the base (Sodium Bicarbonate), and releases carbon dioxide which causes the batter to expand and rise. The purpose of the cornstarch is to prevent the powder from clumping and also to prevent the acid and base activating when it’s under storage.

What is baking soda? 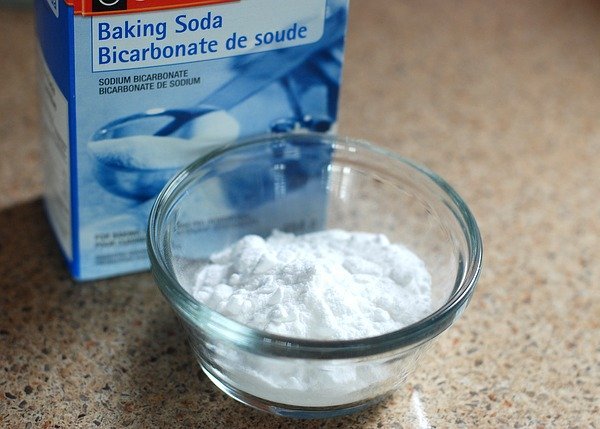 Baking soda is another leavening agent similar to baking powder. However, this consists of purely sodium bicarbonate, and does not contain an acid or a filler. The acid needs to come in the form of other ingredients in the dish, like vinegar, lemon juice, buttermilk etc.

Baking soda is stronger than baking powder – almost three times more. Baking soda is also used in cooking beans, as they make the water alkaline and the beans cook faster. Besides this, baking soda has a variety of household uses apart from cooking and baking, particularly in making DIY cleaning supplies.

However, the question we want answers to is this: can I give my Baby Baking Powder and Baking Soda? 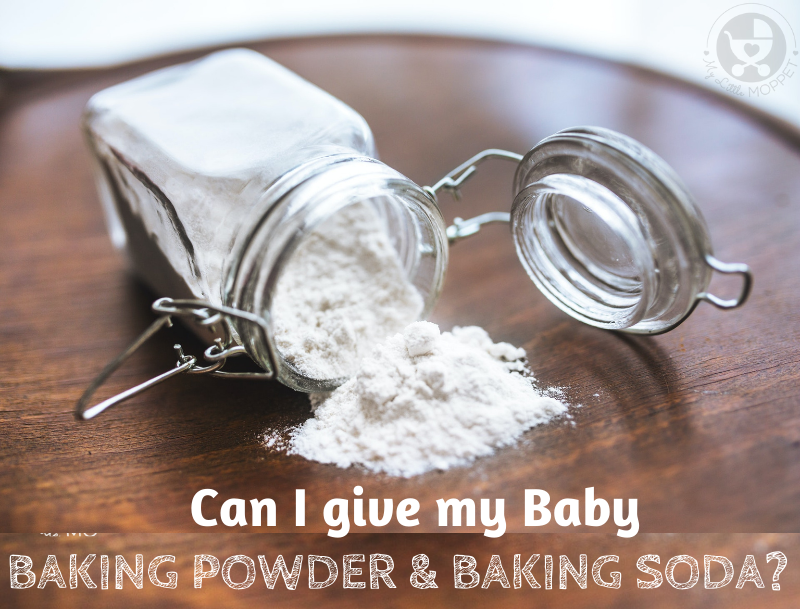 As wide as its usage is in baking and cooking, baking powder and baking soda are not recommended for babies under one year of age. The main reason for this is the amount of sodium. Both baking powder and baking soda are made of sodium bicarbonate, which is very high in sodium. Just 1/2 a teaspoon of sodium bicarbonate contains 629 grams of sodium, which is a quarter of an adult person’s daily recommended intake.

Using baking soda to cook dried beans and pulses is also not recommended since it can result in a decrease in nutrients like B Vitamins. It can also leave behind a soapy taste if not washed off properly.

While baking powder and baking soda are both safe for use in cooking and baking, an overdose of either can be toxic, especially for infants and young children. The symptoms of an overdose include:

One healthy alternative for baking powder and baking soda when cooking for adults is using whipped egg whites which will offer the same level of volume and lightness. When cooking or baking for babies under one year of age, opt for recipes that don’t include baking powder or baking soda, like our Whole Wheat Cooker Sponge Cake. 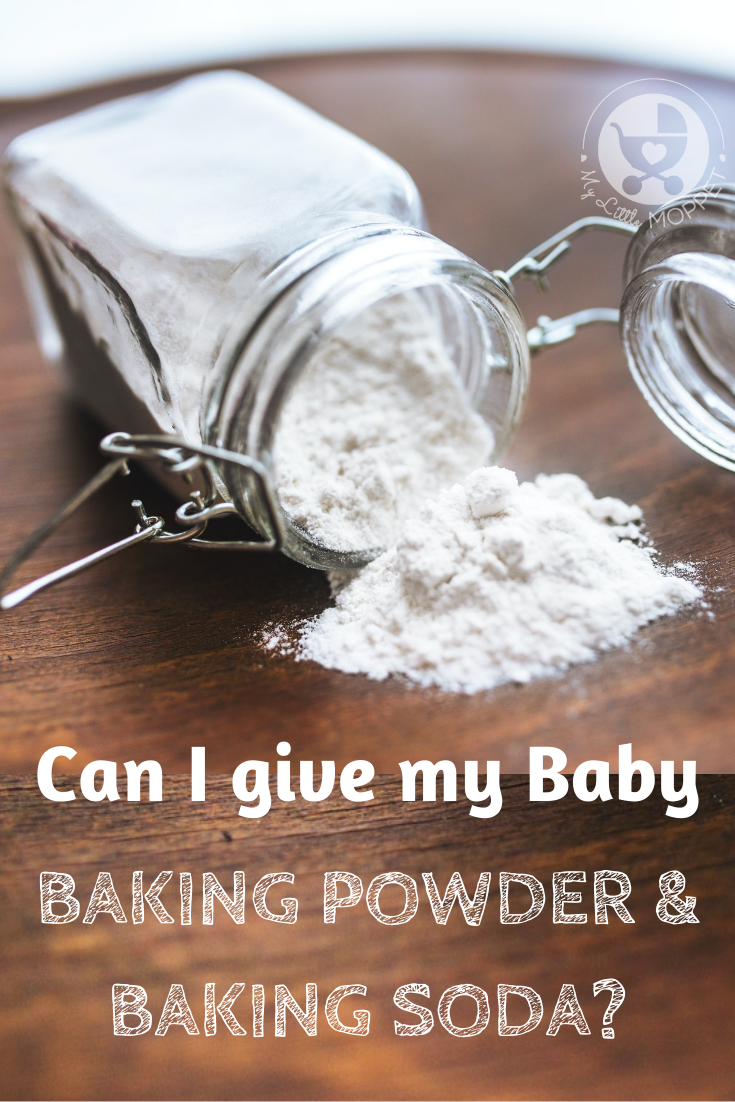 Oats Pumpkin Porridge for Babies is packed with fiber, essential minerals and is ideal for boosting immunity and aiding healthy weight gain in babies. Can you name one food that’s celebrated as a weight gain food in babies and as a weight loss food in adults? The answer...

With 10th November being World Immunization Day, we’re looking at busting some common Vaccination Myths and Misconceptions. Read, learn and share! We’re heading towards the end of the year, and we’re still dealing with COVID-19. I admit, I didn’t think it would last this long when the pandemic...

Sago Dates Porridge is a naturally sweetened nutrient rich recipe for babies which helps in muscle growth, bone and cognitive development. We know young babies under one can’t have sugar, sweeteners like jaggery or honey and that is why parents are always on the lookout for natural sweeteners like...