Breast milk vs formula feeding !!what’s research says to us

HomeParentTaking care of newbornsBreast milk vs formula feeding !!what’s research says to us

Breast milk vs formula!! A debate for new mums

If you’ve had a baby in the last couple decades or so, you’ve probably been told that “breast is best.” That you should make sure your baby gets only breast milk for the first six months of its life. 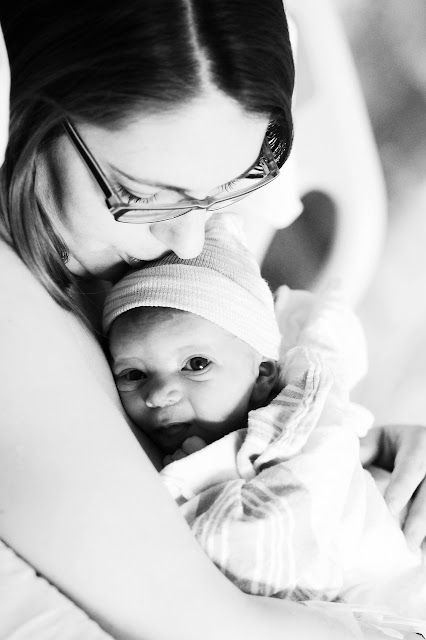 It’s a saying that has the ring of science to it — breast milk has so many amazing properties, it must be far superior to  we can give our infants. That includes commercial infant formula. But a three-word phrase never paints the whole picture.

So what’s the truth about breast milk and infant formula?

As mammals, we’re adapted to naturally produce fluid that meets our offspring’s nutritional needs.  But what about when a newborn doesn’t have access to breast milk? Use of wet nurses, or people who breastfeed other people’s babies, was common before bottle feeding became a thing. When there wasn’t another lactating person available, caregivers turned to…other liquids. 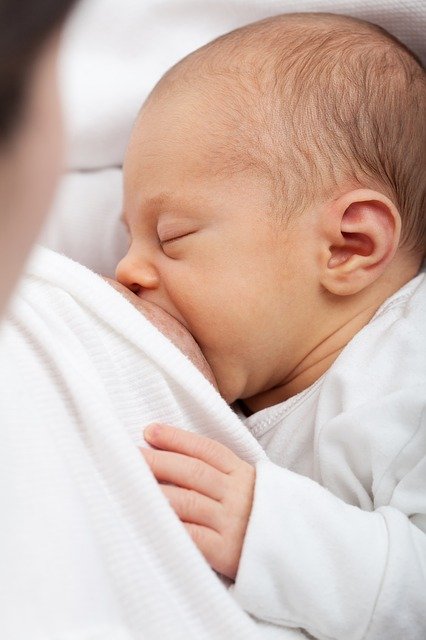 american academy of pediatrics researched that Throughout recorded history, infants have been given all kinds of breast milk alternatives, including animal milks, softened bread, soups, honey, and even wine. All of which had the potential to make babies sick, in part because it was hard to keep feeding vessels clean enough to stave off infection. Not that commercial formulas were much better, at least when they first started hitting the market in the 19th century.

They didn’t contain nearly enough protein, vitamins, and minerals. Plus, improper storage often caused them topsoil. So most infants were still breastfed prior to the 1930s. But that began to change thanks to several factors, including more aggressive marketing from manufacturers of infant formula. By 1929, the American Medical Association formed a committee to over see baby formula, and a few years later, the government created regulations to prevent formula companies from hawking their product directly to consumers.

Breastfeeding also declined in economically disadvantaged regions of the world.

Many people couldn’t afford enough formulator feed their infants, so they diluted it. And not all had access to clean water. To make matters worse, some were illiterate and couldn’t read the instructions to prepare formula safely. And though it’s hard to separate from other factors that could have contributed to the decline, many doctors and researchers blamed aggressive advertising tactics. As late as 1960s, people around the world started to fall out of love with formula. By 1991, the World Health Organization announce launched the Baby-Friendly Hospital Initiative, known as the BFHI. Their goal was to help maternity wards support breastfeeding, and thereby drive the overall rate of breastfeeding up.

There are ten guidelines, which they call the ten steps to successful breastfeeding,

that birthing facilities need to follow to earn BFHI accreditation. They include teaching parents how to breastfeed, and making sure parents and infants have access to breastfeeding support even after they leave the hospital. Breastfeeding rates have improved globally ever since BFHI’s inception, and that’s associated with healthier infants and even fewer deaths. That’s all great news, right? Breastfeeding rates went up, and kids are doing better because of it. Breast is best. The end. Roll the credits! Except as usual, the truth doesn’t builddown to a simple slogan.

american academy of pediatrics  pretty clearly show that, on the whole, breastfed babies tend to fare better than those who get formula.

1.Breastfed babies have lower incidence of childhood obesity, and the longer they’re breastfed, the less likely they are to become obese. Or take diabetes.

3. colitis is another big one. It’s a devastating disorder that leads to tissue death in the bowels of premature infants, and breast milk has been shown to protect against it.

4.It doesn’t stop there. Breastfeeding is also strongly associated with a whole raft of other desirable outcomes, including lower incidence of asthma,

Taken together, all the research from government agencies and medical journals over the past few decades is pretty compelling.

The vast majority of the data on long-term infant feeding outcomes are observational. That means that they’re from studies where researchers watch what people do and take notes on what happens next, rather than designing controlled experiment for them to participate in. Unlike the formula companies.

american academy of pediatrics researchers are sticklers for ethics. And there are ethical barriers to randomly assigning one group of infants to receive breast milk and the other to receive formula. So instead of randomized controlled studies, researchers who study the effects of breastfeeding and formula feeding are comparing the babies who happen to breastfeed with the babies who happen to get formula. And families that breastfeed tend to differing several important ways from families that don’t.

There are a lot of confounding factors when it comes to infant feeding.

Breastfeeding moms are more likely to be health-conscious, and have the time and resources to promote healthy behaviors. So it’s very tricky to control for other factors when looking at the potential benefits of breast milk. One way that researchers have tried wrangle these variables is to look at siblings. Siblings are exposed to a lot of the same socioeconomic factors, and often have the same parents. So if one was breastfed and one wasn’t, they can be compared to one another a little more directly, and some of those variables are controlled for. 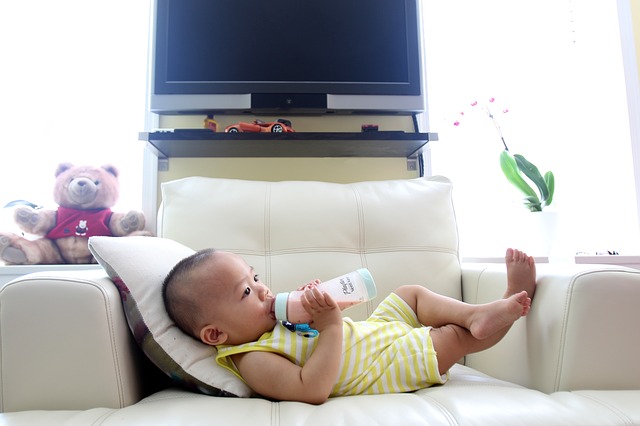 In 2014  researchers carried out a major sibling study that compared feeding methods for thousands of siblings born since the 1980s.

When comparing kids between the ages of 4and 14 from different families, those who were breastfed had lower incidence of obesity, asthma, and hyperactivity, and higher math and reading proficiency.

All the benefits of breastfeeding

But when they compared those same measures for siblings growing up in the same families, the differences between breastfeeding and formula feeding all but disappeared. There has been one major randomized controlled infant feeding study.

The Promotion of Breastfeeding Intervention Trial, or PROBIT, was carried out in Belarus and published in 2001. To avoid ethical fouls, researchers didn’t assign some babies to receive breast milk and others to receive formula. Instead, they randomized over 17,000 mother-infant pairs into two groups. In one group, the BFHI model was used to encourage breastfeeding. The other group wasn’t given those guidelines. As expected, the group that received encouragement ended up with higher breastfeeding rates.

The researchers followed these kids into childhood and adolescence and found that both groups ended up with similar incidence of asthma and allergies, no difference in behavioral issues, similar weight and blood pressure, and more. So , breast milk is pretty awesome. But once you start to account for all the other variables that can affect an infant’s life, it becomes really clear that feedings not the only thing that affects an infant’s future. There’s one notable exception to all of this —

there’s strong evidence that breast milk has a significant protective effect on the incidence of necrotizing enter colitis in premature and low birth weight newborns.

american academy of pediatrics. are starting to suggest that certain BHFI guidelines, like a ban on pacifiers, could be doing more harm than good. Some of the guidelines provide great support for new parents just learning to care for their baby. But others might be less great.

One of the most widespread breastfeeding recommendations, related to BFHI’s , is to breastfeed exclusively for the first six months of life, no other food or drink at all.

But that idea isn’t backed by science or history. Newborns have been fed milk alternatives throughout history for lots of reasons, including their mums not producing enough milk in the first few days after birth.

New mums may be told that newborns who nurse frequently will get enough milk — that their bodies will produce as much as the infant needs. Except that’s just not true. Up to an estimated 15% of people

dehydration can actually arise as a complication of exclusive breastfeeding when  new mums aren’t making enough milk. Nutritional deficiencies and failure to thrive have been seen as well.

In other words, a bit of formula can sometimes be a big help. In fact, there’s some evidence to show that a little extra formula early on may help establish breastfeeding long-term. With all of the baggage that comes with the conversation on how to feed our babies, one thing’s clear: Breast milk is great.

But that doesn’t mean formula should be framed as harmful,

Because the evidence isn’t there. Formula companies have definitely acted unethically at certain points in the past. And formula isn’t identical to breast milk. But formulas these days are leagues above those of yesteryear. They’re highly regulated to contain as much good, healthy nutrition as we can manage. Formula still doesn’t mimic everything about breast milk, including good bacteria and immune proteins. And these do confer certain benefits — like especially helping protect against necrotizing enter colitis. It’s just that the lack of these things doesn’t have to be a deal-breaker.

Breastfeeding and formula feeding come with pros and cons, and those often vary from family to family

depending on resources, employment status, and geographic location and lifestyle. One important factor to consider is cost. Yes, you don’t have to fork over cash money for breast milk like you do with formula, but breastfeeding is only free if a parent’s time is worth nothing.

If you have the means to prepare formula right, there’s no reason to fear it. This is ultimately of course a decision for new mums to make. But I can tell you that the evidence says…formulaic fine. Just remember to ask your doctor if you have any concerns,